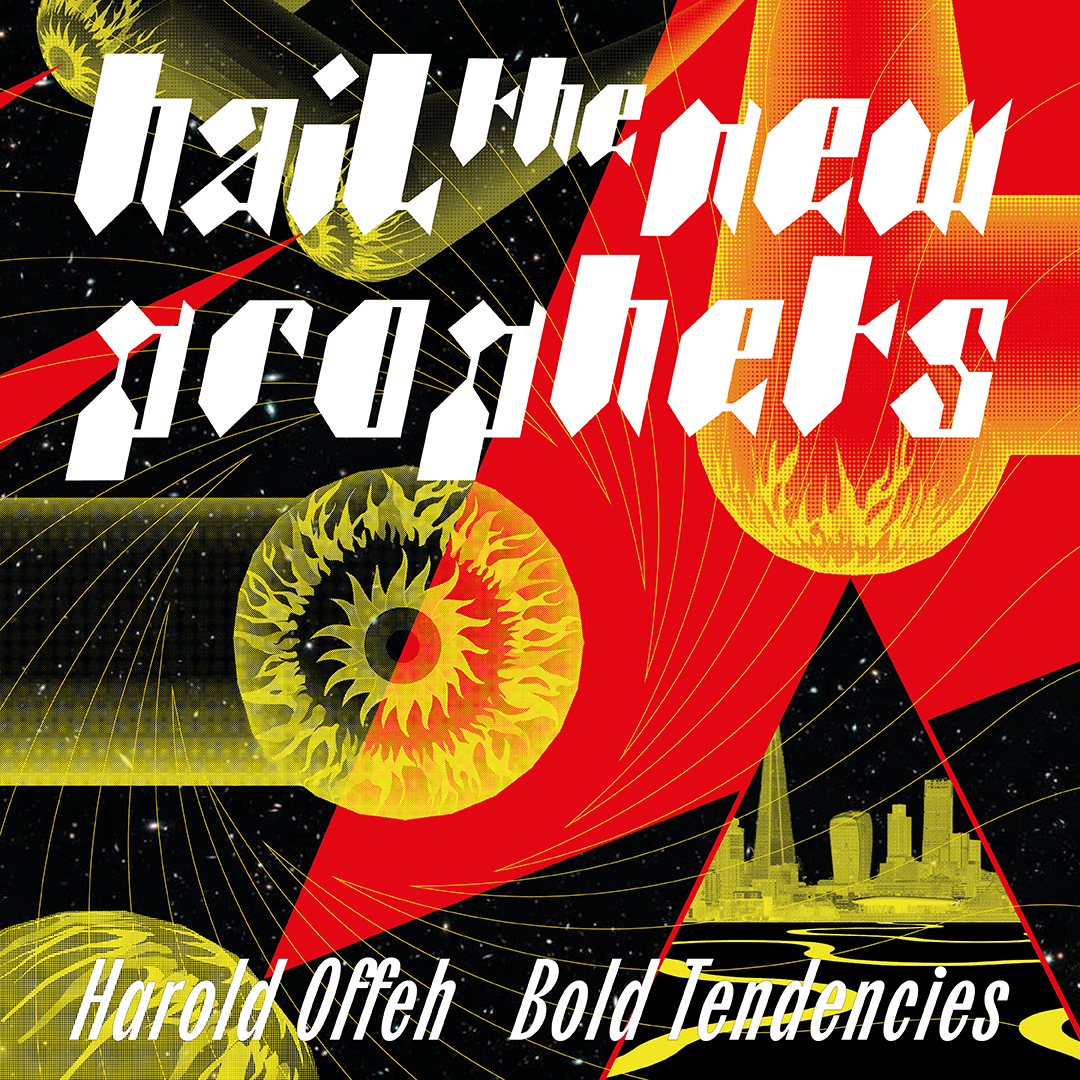 Calling all visionaries and future seekers! You are invited to share your prophecies, predictions, hopes and warnings for the future.

Hail the New Prophets is an open invitation for you to speculate and imagine alternative realities of the near and distant future.

What will your message be?

☞ Submissions can be made via images, audio and video files using the form below.

☞ You can also WhatsApp your contribution to 07380609605 or send us a postcard addressed to ‘Freepost Bold’ including your name, age, postcode and email address.

Contributions will be gathered and broadcast from an intergalactic Mothership as part of a new sculpture commission by Harold Offeh for Bold Tendencies in 2021.

Hail the New Prophets is the third in a series of Afrofuturist inspired projects initiated by Harold in Peckham. Starting with The Mothership Collective in 2006 at South London Gallery, a collaborative curatorial project inspired by the music of George Clinton and Sun-Ra.

In 2010 at Peckham Platform, Offeh presented Futurama, a collaboration with young people from the youth charity Leaders of Tomorrow and design team Glass Hill. The project presented new design solutions and imagined a better future for Peckham based on the history of utopian World’s Fairs.

Hail the New Prophets draws on the rich history of Afrofuturism and the iconography of legendary jazz musician Sun Ra. The project uses the power of speculative fictions, sci-fi and utopian thinking to reflect our hopes, fears and visions of the future, speaking to the concerns of today and tomorrow.

What is the project about?

Hail the New Prophets emerges from my ongoing interest in the godfather of Afrofuturism, Jazz musician Sun Ra. I am interested in what it means to be a forward thinker, a soothsayer, or someone who speculates on the future.

Sun Ra, through his music and performances, embodied this. Using Sun Ra as a reference I want to start a conversation about future thinking and prophecy.

Why is it called Hail the New Prophets?

The title is in part a reference to Charles Atlas’s 1986 film, Hail the New Puritan. The film is a fictionalised documentary about the dancer Michael Clark, set against the backdrop of Margaret Thatcher’s Britain.

I’ve always loved the title and how the word ‘hail’ is declarative; it’s a welcome or a salute that recognises the arrival of something significant or important. As the initiator of this project, that is how I see my role, welcoming the arrival of new voices.

Why an open call?

I’m interested in projects that provide opportunities for an arrangement of voices. Over the last few months, people around the world have lived through strange and difficult times that previously very few people predicted.

Despite the unity of circumstances people have gone through, there have been unique and differing experiences. With this project I’m interested in the diversity of responses. It’s a way of capturing a snapshot or mapping a sample of perspectives.

What will happen with the messages I send you?

The messages that people send me will form part of a number of mixes of sound, music, images and video. This will be broadcast from an intergalactic Mothership arriving at Bold Tendencies in 2021.

The edits will weave together the many intergenerational contributions we hope to have. Hopefully, these will speak to peoples hopes, fears and ambitions. I encourage people to be as ambitious and playful as possible.

What does the symbol of the spaceship come from?

The spaceship symbol comes from a design by Whit Mather for the Mothership in the film Space is the Place (1974) which stars Afrofuturist Jazz musician, Sun Ra.

Harold Offeh is an artist working in a range of media including performance, video, photography, learning and social arts practice. Offeh is interested in the space created by the inhabiting or embodying of histories. He employs humour as a means to confront the viewer with historical narratives and contemporary culture.

Offeh lives in Cambridge and works in London and Leeds, UK where he is currently a Reader in Fine Art at Leeds Beckett University and a visiting tutor at the Royal College of Art and Goldsmiths College London. In 2019 he was a recipient of the Paul Hamlyn Foundation Award for Artists, the largest award of its kind in the UK.