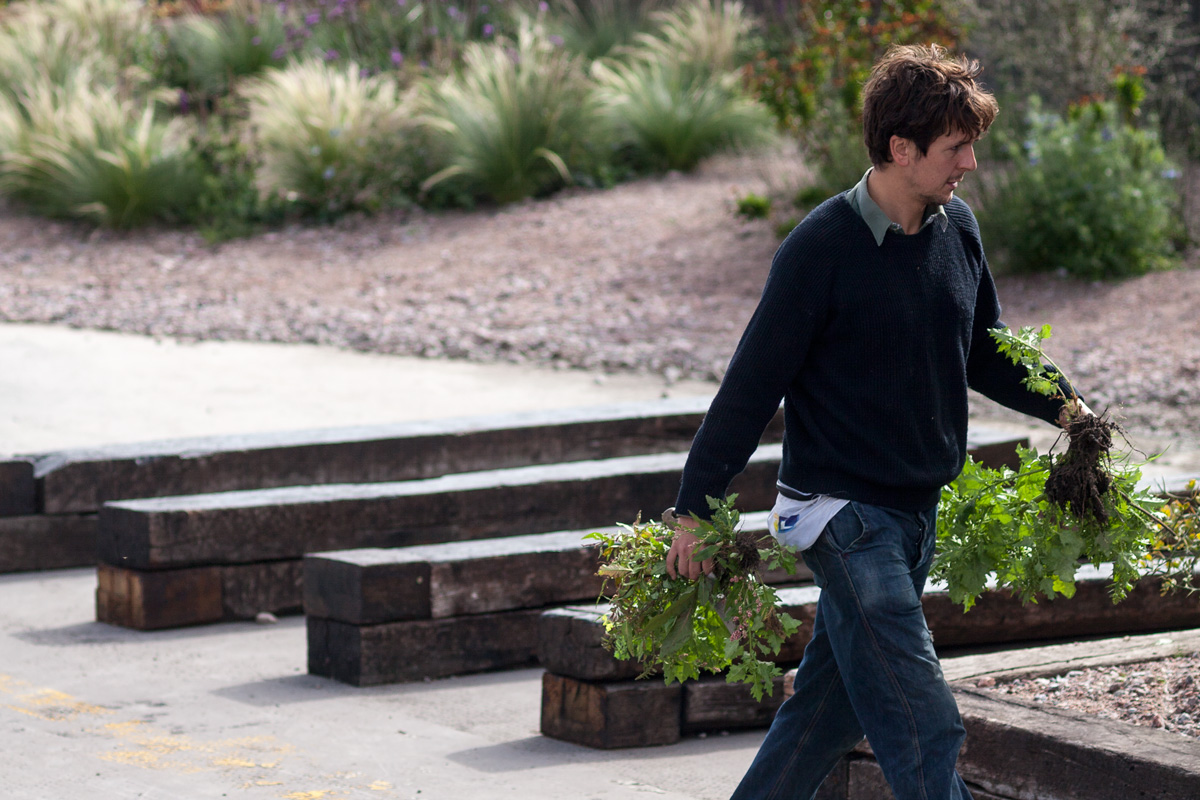 The Derek Jarman Garden was commissioned by Bold Tendencies as part of the artistic programme curated by Joe Balfour with Greta Hewison in 2013. The garden was originally imagined by K. Collins, helpmeet of Derek Jarman and keeper of the Dungeness legacy, with the support of David Gothard.  It is designed by Propagating Dan (Dan Bristow). The Founding Sponsor was Cass Art and in 2014 the lead Patron was Alison Feilden. Photo credits Oskar Proctor

The artist and film-maker Derek Jarman (1942-1994) left behind an extraordinary legacy. Perched on the wild, dynamic landscape of the beach at Dungeness in Kent this artist’s beloved home Prospect Cottage is surrounded by a marvellous garden. Often portrayed in books and film, the garden has since come to be recognised as a spectacular art work.

The Derek Jarman Garden was commissioned by Bold Tendencies and designed by Dan Bristow. Joe Balfour first approached Bristow, artist and garden designer, on behalf of Bold Tendencies in 2012, with the idea of creating a new, green space within the urban landscape of the Bold Tendencies’ site. This inaugural organic space for the multi-storey complex came to fruition as a major achievement of Bold Tendencies 7 in 2013, and has continued to develop since. With the creative guidance of Keith Collins, Jarman’s partner before his death, the garden at Peckham is both an homage to Jarman’s original creation, and an extension of his ideas within an urban location.

Balfour, an admirer of the garden designed by Jarman for Prospect Cottage in Dungeness, asked Bristow if he would be able to design a garden inspired by the filmmaker’s creation for Bold Tendencies. Bristow, who cites Jarman’s garden as an ongoing source of inspiration in his garden design practice, worked alongside Balfour and Greta Hewison to form an ambitious idea for a large garden space using Jarman’s work as a creative catalyst. After the early design stages in 2012, the major build for the garden began in May 2013. Approximately 800 plants were brought in to build the garden over a period of three weeks.

The conditions of Jarman’s Dungeness garden, near the coast of Kent, and those of the garden at Peckham within a multi-storey car park, are similar in many ways, both providing sympathetic locations for desert-style plants that are able to endure the elements, with their strong yet lyrical aesthetic. The garden at Bold Tendencies introduces a new facet to the original creation by Jarman, with the garden acting as an organic foil to an urban environment in the way that the seascape influenced the design of the garden at Dungeness. The 50 tonnes of soil and 25 tonnes of crushed granite (the sub-base for road building) which were transported to the roof of the car-park and used to create the distinctive terrain of the plant beds, act as an urban parallel to Jarman’s use of shingle.

Plants were chosen to be similar, though not identical, to those used by Jarman, mirroring the original garden and thus both paying tribute to and utilising it as a creative spring-board for something new. In response to Jarman’s use of Gorse, for instance, Bristow selected Poncirus trifoliata, a citrus which bears bright, acrid oranges and perfumed flowers. The circle and square motifs of Bristow’s design are suggestive of those that shape the garden at Dungeness. Railway sleepers have been used to echo the rail-tracks running parallel to the car-park; like Jarman’s garden, the Peckham garden is responsive to the local area in which it is located. Where Jarman used ‘found’ marine detritus for his garden, Bristow has included sculptural fragments of industrial waste from Peckham and the surrounding area of South London to complement and protect the plants. The plant beds were designed by Bristow to appear as though they had arrived naturally in the space, as though with the currents of an ocean, once more alluding to Jarman’s coastal conception at Dungeness.

The garden will continue to change year-on-year, with new plants being introduced and existing plants self-seeding in new areas of the garden as they thrive. The Derek Jarman Garden at Bold Tendencies will always be in a shifting state, and through it we hope that Jarman’s ideas continue to be explored innovatively and brought to new audiences.