Fiction: Live - Somebody Loves Us All by Ella Frears 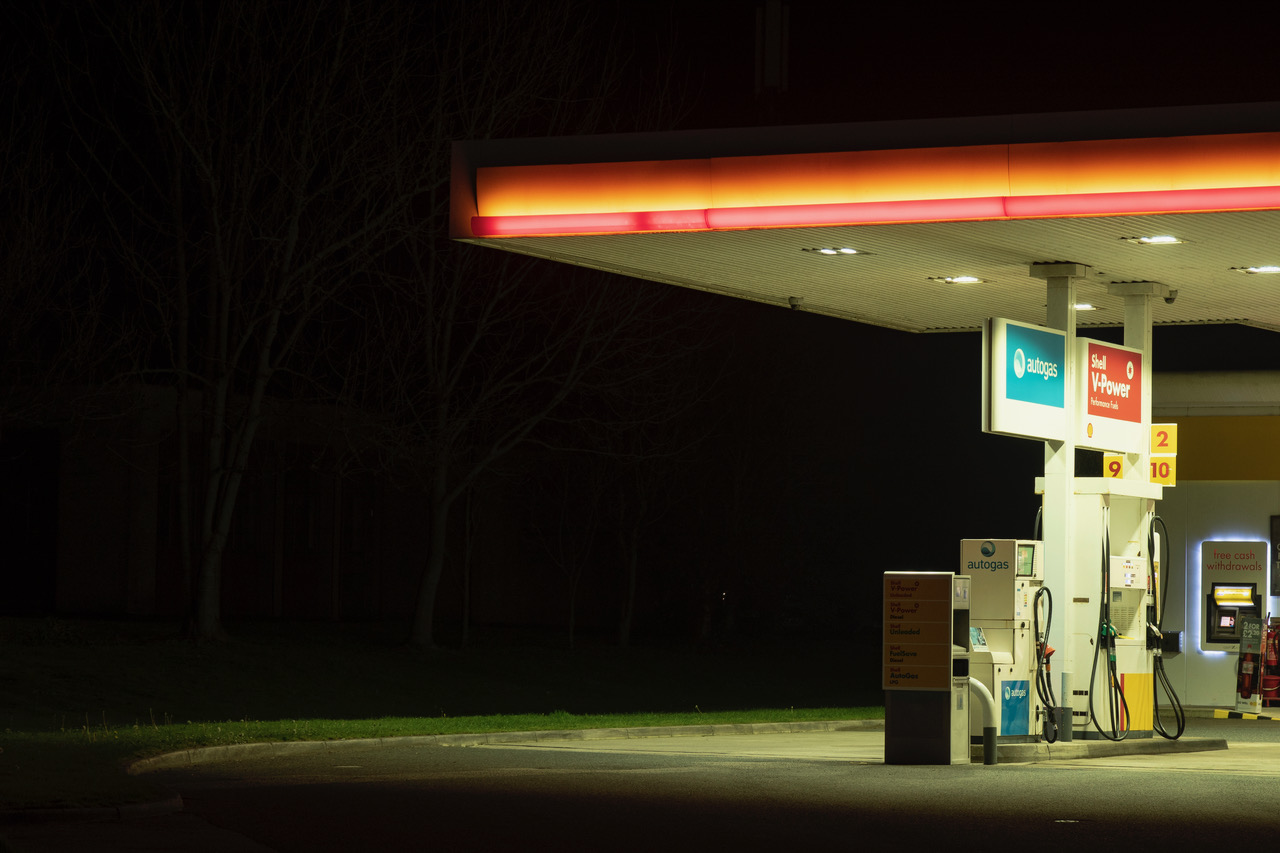 Ella Frears Presents: Somebody Loves Us All
Inspired by Elizabeth Bishop’s poem ‘Filling Station’, Ella Frears has written a short sequence of poems in response to motorway service stations between Cornwall (where she grew up) and London (where she lives now).
In April, Ella, Tom and Alban set off on a road trip visiting sixteen service stations and two Travelodges – talking to employees, customers and those who identify as motorway service station fans.
A pregnancy test at Hayle Services, a breakdown, a hotel room, Stonehenge, sandwiches and unforgiving lighting – Ella’s poems interrogate the female within these historically masculine spaces and explore the Service Station both as a specific location and as a symbolic midpoint.
Ella will read from her sequence alongside a screening of a new short film by artist Naomi Frears made using footage from the road trip.
The publication that accompanies this project will be free to take at the event alongside postcards and other items.
The event will be hosted by Ross Sutherland.
Film running time – 9 minutes.
Poet: Ella Frears
Artist: Naomi Frears
Host: Ross Sutherland
Producer: Tom MacAndrew
Videographer & Stills: Alban Roinard
Designer: Ben Jones
There will be a DJ & Pay bar.
This event will be BSL interpreted.
Ella Frears is a poet and visual artist based in London. Her pamphlet Passivity, Electricity, Acclivity was published by Goldsmiths Press. She is a trustee and editor for Magma poetry magazine and was a finalist for the Arts Foundation Fellowship in Poetry 2019. Her poems about the St Ives Modernists are currently on show at Tate St Ives. Ella’s poem Fucking in Cornwall was highly commended in the National Poetry Competition. Her debut collection isShine, Darling (Offord Road Books 2020).

Naomi Frears is a visual artist and filmmaker based in the Porthmeor Studios in St Ives. Her moving image work Study In Hindsight (made collaboratively with Ella Frears) was one of only eight works selected from over 300 nationally for the Contemporary Open at the Phoenix in Exeter and won an award. She’s shown at Plymouth Contemporary Open, Tate St Ives, Kestle Barton, Beaux Arts London and Bath, and recently created and produced an immersive performance piece for Groundwork with DJ Luke Vibert including 40 cars moving simultaneously to her choreography.

Ross Sutherland is a writer/performer from Edinburgh. He makes the experimental writing podcast Imaginary Advice (Best Fiction; 2018 British Podcast Awards). He has four collections of poetry published by Penned in the Margins. His new radio series, The Escape Artist, debuts on Radio 3 later this year.

If you are on a low income, would like to come along and are not able to afford the ticket price, please email your name to: ellafrears@hotmail.com
Tickets >
Site by ON Bold Tendencies CIC is registered in England and Wales. Company No: 07662828. Vat No: 114047945.
Registered Office: 4 Holly Grove, London SE15 5DF
We use cookies, which are small pieces of information that allow us to maintain your connection to our website to provide you with a good experience when you browse our website. Cookie Policy